"What is my reward then? Verily that, when I preach the gospel, I may make the gospel of Christ without charge, that I abuse not my power in the gospel. " 1 Corinthians 9:18 (Emphasis mine.)

Inestimable harm has been done to the testimony and cause of Christ by Christian charlatans who convince us to send them our "seed money". As long as there are sheep there will be those who will shear the flock. As good stewards of Christ, we are required to be accountable for our giving. Whether giving to our church,  missionary, evangelistic or other relief ministries, the standard does not change.. ALWAYS seek to give first to those who are most closely aligned to your own beliefs and the teachings of your church! See wise counsel. Do your homework!

A Link for Your Teaching - Provided without comment for discussion purposes.

I am slowly posting the Bible Project videos on YouTube. (They are already on my site and on Vimeo.) When you visit a video on YouTube and SHARE you help get the word out! Thank you so much!

Current Video Review: Sacrifice and Atonement.  Prepare to be surprised!

A Quotable Quote For Your Teaching

The casual listener will find numerous statements in the Sacrifice and Atonement video which seem to align perfectly with God’s Word. The danger is in the wording. A careful listener will notice a dangerous shift in the gospel emphasis. It relates the discussion of evil to an earth-based/dominionism that obscures the real issue of sinful men offending a just and Holy God who will one day assert His wrath.

Let’s build our case step by step, and then, you decide! This video is worth every second of the 17 minutes it fills.

(Note, this is an additional YouTube posting. This video is already on our StandingTrue.com site and on our Vimeo page (for those who are not comfortable with YouTube).

Scripture worth noting!
" That being justified by his grace, we should be made heirs according to the hope of eternal life." Titus 3:7

The FORTIFY Intensive is geared to raise the awareness and discernment level of our average Bible loving congregation concerning intrusions which are in our own assemblies and on our own doorsteps. Typical segments that scheduled for inclusion at this time: 1. The Hybrid Gospels - Dangers of blending the Gospel of the Kingdom with the Gospel of the Grace of God;  2. Gibeon Wins in the End  - How unholy alliances and endorsements are destroying evangelicalism; 3.The Yellow Standard - The singularly most dangerous practice in fundamental circles that feeds the flames of ecumenism. 4. Cataracts - Blurring of Heaven and Earth; 5. American Idols - the biblical pitfalls associated with celebrity Christianity.  Contact Jim directly for more info!

Staining the Name of Christ

Scripture worth noting!
"And whether one member suffer, all the members suffer with it; or one member be honored, all the members rejoice with it."  1 Corinthians 12:26
General Topic: Celebrities Staining the Name of Christ.
Link: https://julieroys.com/guest-post-what-happened-at-willow-creek/
A Quotable Quote for Your Teaching:
(On Willow Creek's self examination of their model:) One of the unintended consequences . . . is that this model all but ensures that every generation has to be re-evangelized, since adults raised in such a church do not have the spiritual training to raise its own children in the nurture and admonition of the Lord.

It's OK to disagree, but how we disagree reveals a lot about us! 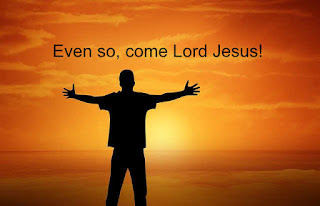 Folks have been disagreeing about the rapture of the church for hundreds of years, and one’s rapture views do not classify him as either heretical or orthodox. The reasoning which we use to defend our position, however, does reveal our true biblical posture, and this is particularly noticeable in the rhetoric of N.T. Wright in his recently revived rapture challenge, Farewell to the Rapture[1], on his blog. Let’s talk about it:

Fact Check: “The American obsession with the second coming of Jesus — especially with distorted interpretations of it — continues unabated.”  In reality, evangelical commitment to the rapture is fading in direct correspondence to the impact of the new Calvinism, though it did experience a short revival around the turn of the century. More importantly, it is unfair to call this an obsession by any stroke, unless one is trying to prejudice the issue.

Fact Check: Wright then supports his observation by referencing the LaHaye/Jenkins Left Behind series.[2] Wright has every reason to challenge some of the nonsense in this fictional series and we acquiesce. The series does not, however, represent the theology of the average believer in the rapture, and in fact, barely treats the rapture subject. Opposing the rapture because some abuse the doctrine is akin to refusing to own a car because some drive recklessly. Wright has prejudiced the facts and would cast rapture believers as obsessed fans of this fanciful series.

Fact Check: “It is Paul who should be credited with creating this scenario.  Jesus himself, as I have argued in various books, never predicted such an event.” While the claim that Jesus did not teach the rapture is certainly up for debate, the most dangerous part of this statement is that Wright’s own view of the inspiration of the scriptures in exposed. Clearly, the intimation is that, if Jesus did not mention it, we must limit what Paul said only in light of what Jesus taught while on earth. What Wright fails to understand is that Jesus’ basic ministry was the offering of the gospel of the kingdom to the nation of Israel while Paul’s subsequent mission was to carry out the ministry of Messiah among the gentiles (Romans 11:13). This discussion is fully expanded in Acts.  Further, Paul received additional revelation by the mouth of Christ, (1 Corinthians 11:23, Ephesians 3:3). It only makes sense that Paul would stress the rapture more than Christ because its message relates to the consummation of the ministry of the church. The entire scope of the nature of the church and its place in history was a yet unrevealed mystery (Colossians 1).  If we are to follow Wright’s logic we must discard anything Paul taught which Christ did not teach.

Fact Check: “Understanding what will happen requires a far more sophisticated cosmology than the one in which ‘heaven’ is somewhere up there in our universe, rather than in a different dimension, a different space-time, altogether.”  Heaven and earth are not different dimensions, they are separate entities and each has a clearly delineated past, present, and future laid out in God’s Word. This dimensional claim, of course, is the result of Wright’s own obsession with ancient near east religion, and pagan worldviews, now expressed in the modern notions of theoretical physics. The Bible clearly and consistently refers to heaven as a physical place, and for that matter, it is up. These are basic biblical tenets that virtually all of God’s people in all camps have held universally until the popularization of the views of the Bible Project, Heiser, and the likes of Wright.  To accept this “sophisticated cosmology” is to go far beyond the limits of God’s Word and it requires, by the way, a restatement one’s of anthropology, hamartiology, angelology, soteriology, and even theology proper as Wright’s friends at the Bible Project have so clearly evinced.

Fact Check: Wright then treats a few select rapture passages in an entirely metaphorical context insisting that “Paul’s mixed metaphors of trumpets blowing and the living being snatched into heaven to meet the Lord are not to be understood as literal truth, (as the Left Behind series suggests), but as a vivid and biblically allusive description of the great transformation of the present world of which he speaks elsewhere.” Follow the steps. First, we are to treat any and all rapture passages as metaphorical and reject any literal statements regarding the rapture at hand. Secondly, we are to understand that they are all vivid biblical descriptions of the coming transformation of this present world.  In order to build this scenario, we must reject simple, literal interpretation and substitute Wright’s wisdom in assigning the correct metaphors to each passage. Finally, we must somehow fit this into his dominionist worldview.

The doctrine of premillennialism in general and the doctrine of the rapture (as stated both implicitly and explicitly) have been shared among God’s people for centuries. It is not a recent American invention or obsession. While it has suppressed during the reign of orthodoxy so-called, it is the result of a commitment to literal interpretation (while respecting biblically verified figures of speech and metaphors). We cannot pick and chose what verses we will use, what verses we will treat as literal and metaphorical, and what scenarios we must imagine in order to make things work.

If metaphors are in vogue, consider this. Theoretically, we could take all the parts of an automobile and place them in one large box. That would not be a wholistic collection.  We could even assemble some creative, functional items using those pieces. That still would not be a wholistic assembly. Paul’s wholistic view includes all the respective elements of Bible prophecy, properly assembled, and easily understood and recognized by all of God’s people who will commit to simple, literal interpretation, allowing metaphors to illumine and expand what God has clearly stated. The problem with literal interpretation is that is so boring and leaves so little room for the creativity of human flesh.

The choice is in front of us. We can embrace a self-canonizing, self-perpetuating, and self-interpreting Bible, or we can be forever dependent on higher authorities and their various mixes and blends of theological fantasy.